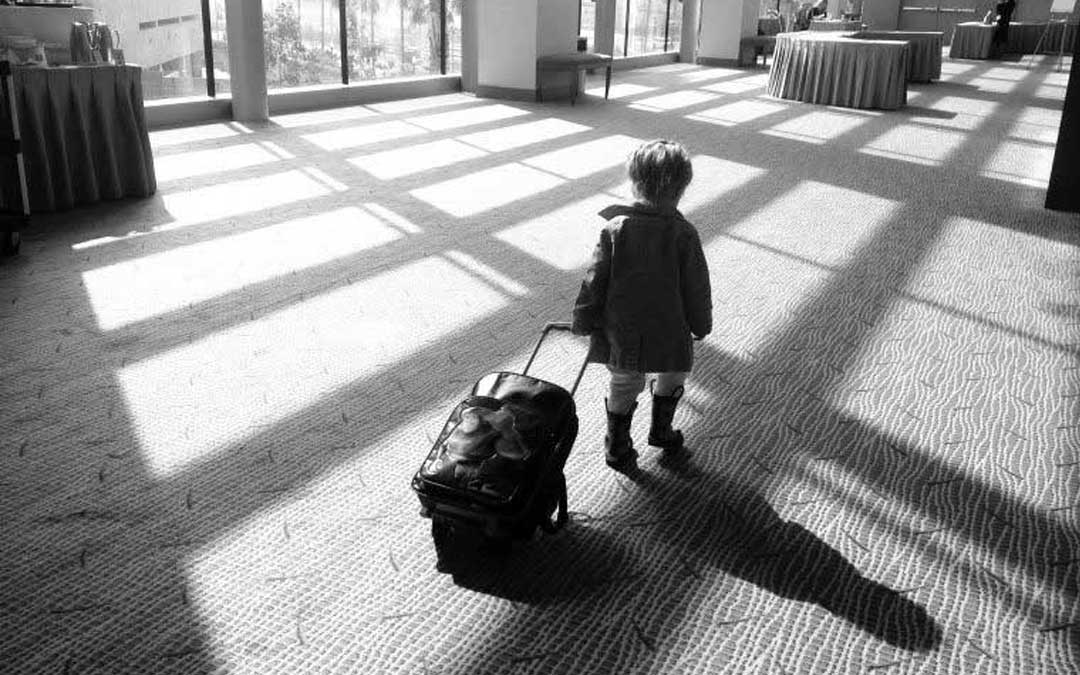 Where parents are presumed to have equal shared parental responsibility or if a Court has made an Order that both parents have equal parental responsibility for a child, then any change to a child’s living arrangement that makes it significantly more difficult for the child to spend time with a parent, is an issue that both parents are to discuss and make a genuine effort to resolve.

Further, in order for an Australian passport to be issued, persons with parental responsibility are required to make that application.

Where one parent applies for the issue of a passport without the consent of the other parent, unless the Minister under the Australian Passports Act 2005 consents to the passport being issued, then as application may need to be made to the Court for the passport to be issued and to permit overseas travel.

If there are Parenting Orders in place, even those by consent, that provide a person with parental responsibility of a child, then that person must not take or send the child outside Australia except:

Typically Parenting Orders provide the child live with one parent or live with both parents and sets out the times that the child/ren spend with each parent and how they communicate with each parent. Consequently, the majority of Parenting Orders will mean it is prohibited under the Family Law Act to take a child overseas without the other parent’s written consent or Court Order.

Even in situations where there are no Parenting Orders in place, under the presumption of equal shared parental responsibility, both parents should reach an agreement about the child relocating, either within Australia, or to a distance where it will be harder for the child to spend regular time with the other parent or being taken overseas, even for a limited period of time.

Any agreement for children of separated parents to relocate overseas for an agreed period of time needs careful legal advice first. You need to know the implications and risks in any such agreement; the strengths in any Court Application if the Court is to decide whether to permit the child to relocate overseas for an agreed period of time; mechanisms to facilitate the child’s return, and in spending time with the parent left behind. Appropriate Orders should be made under the Family Law Act. Other appropriate measures may be orders restricting travel to Hague Convention countries only and restricting the child’s travel on, for example, an Australian passport as opposed to a foreign passport, if the child is entitled to dual nationality.

If there is concern of an overseas flight risk

If there is concern to prevent a party from applying for a child’s passport without the other parent’s consent, a Child Alert Request form can be lodged. A parent or person with parental responsibility has the ability to lodge the request and the request will remain in force for 12 months or until the child turns 18, marries or the request is discharged by Court Order.

To facilitate the return of children who have been abducted overseas or detained beyond an agreed travel time, it is important to know whether the country concerned is a party to the convention on the civil aspects of international child abduction (Hague Convention). Australia is a signatory to the Hague Convention and has in place the reciprocal regulations with other Hague Convention countries.

If the country where the child has been taken is a Hague Convention country, then it has a government department (or central authority) which can liaise with our central authority, which is the Attorney-General’s Department. Consequently, an application needs to be simultaneously run under the Family Law Act to set up the care arrangements for the child on the child’s return.

Defences that the parent overseas can use include:

The Hague Convention will not cover children who are 16 years of age or older.

If the child/ren is taken to or detained on a non-Hague Convention country, then it can be extremely difficult to have Orders for the children to be returned. The stay home parent would need to commence proceedings in that jurisdiction, which may have laws completely different to those in Australia, and may favour the father as opposed to the mother and vice versa. This issue recently played out in the controversial “60 Minutes” child abduction affair, where the children were detained in Lebanon, a non-Hague Convention country.

These are difficult cases and raise complex legal and personal issues. It is important to obtain detailed, personalised legal advice quickly if facing any of the above issues. It is always preferable to prevent the child being removed rather than trying to recover the child later.

Marc Testart has extensive experience in dealing with international child abduction cases and the Hague Convention. If you need advice, do not hesitate to call Testart Family Lawyers on (03) 9854 6212, or contact us.